Last week I was invited to speak at the GovTech 2019 conference in Durban on the topic of the future of education in the Fourth Industrial Revolution (4IR).

GovTech is an annual conference organised by the State Information Technology Agency (Sita), to bring together the country’s business, political and thought leaders to showcase the latest advancements in technology and to discuss the key technology issues affecting the country.

Needless to say, 4IR featured prominently in the discussions.

Very few topics have caused as much consternation and confusion as the 4IR, and it is truly remarkable how much misunderstanding and misinformation there is about it.

Business people, academics and politicians are battling to come to terms with what it means, let alone its social and economic implications.

We saw this in the case of the deputy president who could not provide a satisfactory answer in Parliament to the question of what 4IR was.

There is a general lack of understanding about 4IR and artificial intelligence, and what we don’t understand, we fear.

It is sufficiently clear from the numerous conversations I’ve had with people from all backgrounds, that they are afraid of 4IR, and perceive it as a huge tidal wave of change coming our way, which will disrupt our lives, take our jobs away and ruin our businesses. Some even go to the extent of imagining Terminator-like scenarios where artificial intelligence will progress to the point that it will become sentient and turn against us.

One person confessed to me that he has sleepless nights thinking about this.

What the majority of people fail to realise is that 4IR is not coming in the future; it is already here.

In fact, it has been around for some time, and we have been benefiting from it in more ways than most of us realise.

The main drivers of 4IR are artificial intelligence, or AI, and cyber-physical systems, or CPS’s.

AI refers to computers that have the ability to think, while a CPS is a device that is computer-powered, has built-in AI, and can interact with the real world through sensors and other implements.

If you own a smartphone then you are already a part of 4IR. It is the same if you have taken a ride on an Uber, worn a smart watch, installed a tracker on your car, or installed a remotely monitored camera system at your home or business.

These are all AI-driven cyber-physical systems that are driving 4IR. At GovTech the Durban metro police demonstrated smart police cars that were fitted with 360º cameras that had the ability to recognise faces and number plates as they drove around.

The cars are connected to the police servers via the internet, and are kept up to date with the latest list of wanted people and vehicles.

If they happen to detect a wanted person or vehicle, they immediately alert the driver.

Telecoms giant Vumatel began installing similar cameras in a number of suburbs around the country.

Like the police cars, these cameras have built-in AI that enable them to recognise people and vehicles.

So far, the cameras have helped to reduce crime by 90% in some suburbs.

Dairy farmers, for example, are able to monitor every cow on their fields through internet-connected devices fitted to each animal. These devices constantly monitor the cows for any health issues, and alert the farmer if they detect any.

Transport companies are able to monitor their vehicles around the country from a single location.

They are able to see exactly where their vehicles are, and how fast they are going.

They are even able to tell if the driver is abusing the vehicle by revving to high, or even when he opens a door or a fuel cap.

If we really think about it, we will see that the Fourth Industrial Revolution has been around for some time, and has already delivered incalculable benefits in a number of different industries.

The technology that drives 4IR is available to everyone, and South Africa is a fertile ground for innovative entrepreneurs to exploit this technology to solve some of the country’s most pressing problems.

I seized the opportunity at GovTech to ask the question: Why are we afraid of 4IR? 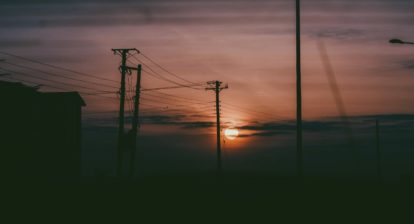 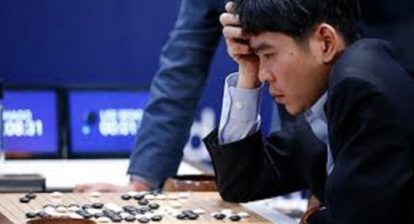