Not many people associate a glass of milk with advanced technology, but in reality there is an extraordinary amount of cutting-edge technology at play to get that glass from the farm to our tables.

For example, UK-based tech company DairyMaster produces MooMonitor, which is a device that connects cows to the internet.

Dairy cows are extremely sensitive creatures, and the slightest illness or excitement can stress them out and adversely affect their milk yield, requiring farmers to monitor them 24 hours a day. This is fine when you have a handful of cows, but how do you monitor hundreds of cows simultaneously?

This is where the MooMonitor device implant comes in. It is a tiny implant that constantly monitors each cow, keeping a close watch on its health, movements and stress levels. It uploads vital health data to a server with specialised artificial intelligence software that looks for irregularities in the cow’s health and behaviour.

The instant it detects something amiss, like an irregular heart rate or a cow moving sluggishly, it alerts the farmer and pinpoints the cow’s exact location. The implant also tracks the amount of milk each cow produces over its lifespan, because a slight drop could point to a health issue.

MooMonitor is just one example of what is known the “internet of things”, commonly abbreviated as IoT, which is a phenomenon where things besides computers and smartphones are connected to the internet.

Computer chip manufacturer Intel describes IoT as “a robust network of devices, all embedded with electronics, software, and sensors that enable them to exchange and analyse data”. In other words, these devices are able to talk to one another and exchange valuable data which is then used to make real-world decisions.

An example of IoT is the “smart home”, which will be able to adjust itself for your optimum comfort. As you drive home after work, your cellphone will determine your mood by analysing a number of things like your calendar, your heart rate and even the way you drive. It will then communicate this data to your smart home, which will use this and other data to prepare itself for you.

Let’s say it has been a warm day and you’ve had a rough day at the office. You are totally exhausted and somewhat stressed. Your smart home will kick into action: your air-conditioning system will adjust itself to an optimum temperature, your home entertainment system will play a soothing track and your espresso machine will mix you a delicious “pick-me-up”.

At your front door an artificially intelligent facial-recognition camera system will recognise you and disable the home security system and unlock it. The concept may be a vision of the future, but there are aspects of it that are already in existence, and have been for some time. For example, most security and camera systems allow us to monitor our properties from anywhere in the world with nothing more than a smartphone with a browser. These are IoT devices.

IoT has been around for nearly two decades and has gained incredible momentum in the past few years, thanks to smaller, more powerful computers and faster internet.

But despite its phenomenal growth and huge impact, IoT it is still considered an “emerging” technology whose full potential we are far from tapping. IoT is big, and getting bigger.

And it has some incredible economic ramifications. The International Data Corporation predicts a total worldwide spend on IoT of $772.5 billion (R11.3 trillion) this year alone, and expects a sustained worldwide spending growth rate of 14% until total spending peaks at $1 trillion by 2021. This is huge by any standards.

The question is, will South Africa position itself to tap this potential? Will we ride the wave of the Fourth Industrial Revolution, or as in the previous industrial revolution, will we largely miss out?

No one really knows the answers, but there are certain indicators. We can start with a few questions like: do our schools teach kids computer science skills? Do our kids learn about coding, robotics and IoT?

Do our universities produce software developers and engineers who are ready for the Fourth Industrial Revolution? Are our graduates ready to compete in a global arena? Is there a thriving start-up community focused on IoT?

If our answers are in the negative, then we are in serious trouble. 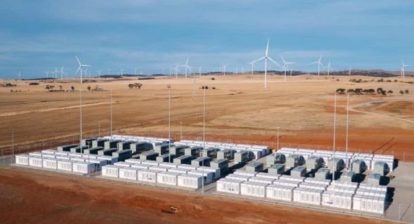 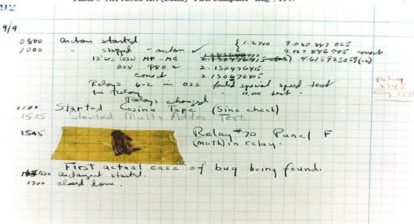 Time to focus on entrepreneurship
11 Nov 2019