Your smartphone is about to get smarter than you’ve ever imagined. A few weeks ago, Google demonstrated their new artificially intelligent personal assistant, called Google Assistant, for Android devices which is truly remarkable because it can make calls on your behalf. I don’t mean it will just dial out for you; I mean this thing will actually engage in a conversation with the person at the other end.

“The dinosaurs of old are ready to be challenged by businesses that have evolved and are hungry” – Jim Tomaney
In the demo, Google Assistant was asked to make a salon appointment. What came next was mind-boggling. It called the salon and spoke to the receptionist in a completely natural, human-like voice. It even dropped a casual “mmm-hmm” into the conversation. So convincing was it that the receptionist did not even realise she was talking to a machine.
Equally fascinating are some of the advancements being made in the medical field. One group of scientists in Melbourne are aiming to transform the lives of people with physical disabilities through a tiny brain implant called a stentrode, which will allow people to control devices with their minds. Yes, you read that correctly: mind control.
People who are paralysed or who have had limbs amputated will get artificial, “cybernetic” limbs, which they will control with their minds. All they will have to do is to think about walking, and the limbs will obey, just like normal limbs.
No doubt, technology is transforming our lives in ways we’ve never imagined. But for all the positive impact it has made, technology does pose some serious problems and challenges.
Cybercrime, hacking, online fraud, phishing, cyber-bullying and child pornography are some of the more problematic examples.
Then there are the seemingly less serious, though more insidious dangers of technology, like the fact that technology can be a major distraction which, at best, reduces productivity and at worst, risks lives, such as taking a call or texting while driving.
AI is here to stay and enterprises must embrace this tech to thrive
Mankind’s high-speed rush into new technological frontiers certainly has its benefits and its dangers, but to survive and thrive in this tech-crazy world, it is essential to keep a couple of things in mind. First, there is no need to be surprised or alarmed. New innovations and developments almost always bring new problems and challenges. This is nothing new.
Consider this: Plastic was one of the most amazing inventions of the 20th century, but today, just over 120 years since its invention, it is proving to be a huge challenge to our environment. Does this mean that we should “throw out the baby with the bathwater” and undermine the immense benefits of plastic? Certainly not, and the same is true for technology.
The second thing to bear in mind is that technology is here to stay, and it’s not going away. The sooner we come to terms with this, the better. We need to overcome our fears, embrace technology and become its masters. Beyond that, we have to pro-actively identify risks and opportunities, and find effective solutions.
After all, do we really have a choice?
Share This Post
Have your say!
00
Previous ArticleCellphones at schools – should they be banned?Next ArticleCan we blame technology for people’s job loss?
You May Also Like 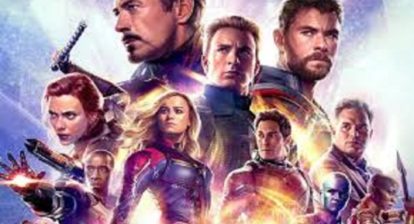 To survive the next decade, companies need to learn from the Xerox example
27 Nov 2019