The trouble with energy prices is that when they go up, the price of everything else goes up, but when they go down, other prices don’t.

The energy situation in South Africa is unsustainable and it is not just the poor and working class who are suffering, the entire economy is feeling the pain. It is just a matter of time before it reaches the verge of collapse, unless we do something urgently.

Is there a way out of this mess?

Fortunately, there is hope on the horizon or, more accurately, in the sky.

In my previous article I wrote about breakthroughs in solar power technology. A few months ago, I wrote about electric cars and their amazing capabilities.

These two technologies are potentially world-changing and in a few years they will transform the world’s economies in unimaginable ways. American company Tesla has developed a range of roof tiles that look like plain old concrete roof tiles, but are highly efficient solar panels capable of generating electricity for domestic use.

Made with tempered glass, Tesla claims its solar roof tiles are more than three times stronger than standard roofing tiles. Its website says: “Glass solar tiles are so durable they are guaranteed for the lifetime of your house, or infinity, whichever comes first.”

Although domestic solar panels have been around for some time, the trouble with them, as with solar power in general, is that there isn’t a way to store the generated electricity.

As a result, power grids have to resort to “traditional” power sources such as coal and nuclear power stations.

But that is about to change.

Towards the end of 2016, areas in South Australia faced wide-scale blackouts and load shedding after extremely violent storms knocked out power transmission towers. Since the area is remote, there weren’t sufficient alternative lines to re-route the power, and the problem persisted, affecting thousands of homes and businesses. He claimed the battery would be able to supply the entire region with backup power whenever the grid went out. He further claimed he could build it in 100 days.

The Aussies took Musk up on his offer. Despite vehement opposition from some of Australia’s senior politicians, such as Prime Minister Scott Morrison, the 100MWh/129MWh Hornsdale Power Reserve was officially commissioned on December 1, 2017. The battery would be owned and operated by French renewable energy provider Neoen.

The battery is capable of responding more quickly to problems than coal, gas or hydro.

The “Big Battery”, as it is called, cost nearly A$100m (R1.06billion) to build, but by the end of last year, the Australian energy market operator reported that it had saved almost A$40million in grid costs.

Big Battery catapulted South Australia into a world leader in power storage and, due to its success, Tesla has received a number of orders for similar installations. All that from a single tweet.

Tesla is also the leader in the domestic power storage industry. Its Powerwall unit is a large battery especially designed for homes and is powerful enough to run a home with all its appliances, including air conditioners. Unlike most battery backup systems, the Powerwall connects to the power mains, not to a limited number of lights. “The completion of the world’s largest lithium-ion battery in record time shows that a sustainable, effective energy solution is possible,” Tesla.

Although the Powerwall can operate on its own as a backup system, it ideally pairs with the roof tile solar panels to operate as a complete power solution. It provides about 7kWh, which means an average family of four will require just two batteries for normal overnight usage.

For many American families, the solar roof tiles and Powerwalls are not just powering their homes, but their electric cars, too.

The obvious benefit is a huge monthly saving in electricity and fuel costs, but the wider ramifications are mind-bending to consider.

Power to the People

Traditional power stations will become a thing of the past, while the entire crude oil industry will collapse, with all the nastiness that goes with it, such as the cartels, middlemen, price-fixing, oil wars and, of course, environmental hazard. Petrol stations will be replaced by charging stations.

All our energy will come from the most natural, abundant and renewable source: the sun, and for the first time in more than a 100 years, energy production will be truly democratised and out of the hands of a greedy few. 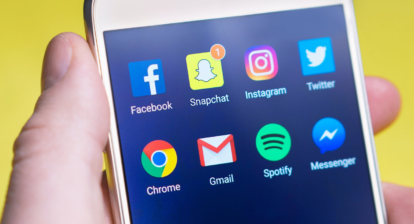 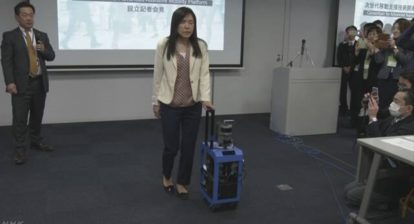